Themes in the History of Pakistan

Themes in the History of Pakistan 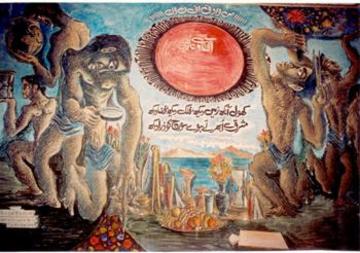 Pakistan is often viewed as a dangerous, failing or frightening state, the reality is very different. Pakistan is a forgotten economic success story of the developing world, especially in relation to its precarious inheritance of 1947. Pakistan is a puzzle, a country that shared many of the same institutions, geography, culture and colonial history as India but yet has experienced a dramatically different post-independence political history. Pakistan is a paradox, as it has produced both repressive dictatorships, and bold and effective resistance movements. Pakistan was broken apart in civil war in 1971. The poorer Eastern Pakistan (now Bangladesh) was labelled a ‘basket case’ in the mid-1970s and is now lauded as a human development success story. The richer Western Pakistan (now simply Pakistan) was widely heralded as one of the world’s miracle economies in the 1960s, but is now more commonly seen as an economic failure. Pakistan has long been seen to be subordinate to the US, will the recent turn to China and the China-Pakistan Economic Corridor change that or lead to a new form of dependence?

This lecture course does not just offer a set of themes but challenges you to think again about a fascinating, yet deeply misunderstood country.

The course is suitable for students with any academic background.