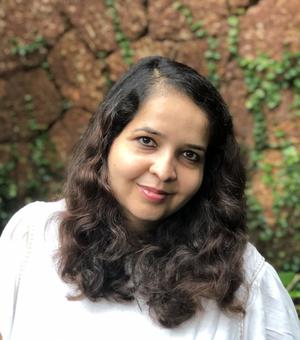 I am an Anthropologist of South Asia with wide-ranging research and teaching interests in the anthropology of politics, development, environment, law, human-animal studies, and research methods. I was educated at the Universities of Delhi (B.A. and M.A.) and Cambridge (MPhil and PhD). Before joining Oxford in October 2017 I held postdoctoral research fellowships awarded by the Leverhulme Trust and the British Academy at the University of Cambridge.

My first monograph, Paper Tiger: Law Bureaucracy and the Developmental State in Himalayan India, was published in 2016 by Cambridge University Press as part of their ‘Law and Society’ series. Paper Tiger is a winner of the Sharon Stephens Prize awarded by American Ethnological Society for a first book. This book traces the translation of two widely commended laws into practice through an ethnography of quotidian bureaucratic life. Paper Tiger rejects standard explanations for developmental/state failure – rooted in inefficiency, incapacity, dysfunctionality, corruption, or violence – to present an alternate, ethnographically driven reconceptualisation. One of its original contributions has been to demonstrate the counter-intuitive effects of the push for ‘transparency’ in the functioning of the post-liberalisation Indian state.

My second book, Crooked Cats: Beastly Encounters in the Anthropocene, was published in 2021 by the University of Chicago Press. Crooked Cats retells the story of big cats that make prey of humans in India through a centering of the climate crisis. This work weaves together "beastly tales" spun from long-term fieldwork in India in order to rethink our understanding of the causes, consequences, and conceptualization of the climate crisis. There are many theories on why and how a big cat comes to prey on humans, with the ecological collapse emerging as a central explanatory factor. Yet, uncertainty over the precise cause of crookedness persists. Crooked Cats explores in vivid detail the many lived complexities that arise from this absence of certain knowledge to offer startling new insights into both the governance of nonhuman animals and their intimate entanglements with humans. Through creative ethnographic storytelling, Crooked Cats illuminates the Anthropocene in three critical ways: as method, as a way of reframing human-nonhuman relations on the planet, and as a political tool indicating the urgency of academic engagement.

I am currently working on two new projects.

The first project explores the relationship between technology and government. This research builds upon my first book, Paper Tiger, and my abiding interest in bureaucracy, welfare, and techniques of government in South Asia but substantially extends it by moving into a study of utopia, technology, and the intersection of technocracy and politics.

The second project is centered upon asking what the climate crisis does to the production of knowledge in anthropology specifically and the humanities and the social sciences more broadly. Some of these methodological and political concerns are found reflected in a research network at TORCH - climate crisis thinking in the Humanities and Social Sciences - that I co-direct.

Crooked Cats: Beastly Encounters in the Anthropocene, Chicago: University of Chicago Press, 2021. Under contract with HarperCollins for the South Asia edition, forthcoming in early 2022.

Paper Tiger: Law, Bureaucracy and the Developmental State in Himalayan India, 2016, Cambridge and Delhi: Cambridge University Press. {Cambridge Studies in Law and Society} A Winner of the Sharon Stephens Prize awarded by the American Ethnological Society