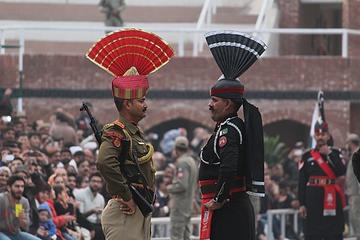 What is South Asia, and what are the challenges of studying South Asia through the discipline of International Relations? Through a course of eight lectures and classes, we unpack the unique historical, geographical, political, economic and demographic features that have shaped the inter-state and extra-regional relations of South Asia since 1947. Thematically, we engage with conflict and competition in the form of the enduring antagonistic (and recently nuclearized) relationship between India and Pakistan; disputes over territory between India and Sri Lanka, Nepal and Bangladesh; and conflicts emerging from the complex interplay of identities, both cultural and political, arising from internal secessionisms, insurgencies, and religious/ethnic disputes affecting parts of Pakistan, Bangladesh, and Sri Lanka. No other region is as dominated by a single country as South Asia is by India, and we explore how India’s hegemony in South Asia has evoked a range of responses from India, its neighbours and the wider world. We also examine successful and less successful examples of cooperation within the region, for example in respect of the riverine resources of the region, and through the regional institutional apparatus of the South Asian Association for Regional Cooperation (SAARC). Viewed in comparative perspective, however, we find that South Asian regionalism is weakly institutionalized, leading to often pessimistic prognoses about the region’s potential for deep economic and political integration. Moreover, South Asia is not an isolated region. During the Cold War the Great Powers played an often divisive role, and China’s influence in the region is growing in significance.

Students will develop a critical ability to understand the theoretical assumptions that have shaped much of the production of IR scholarship on South Asia and that condition readings of events in the international politics of the region. They will develop a comparative perspective from which to understand inter-regional dynamics and the role of regional powers, an empirical foundation with which to narrate key moments in the bilateral and multilateral interactions between states in the region, and a sense of South Asia’s place and significance in the broader international arena.