History and Politics of South Asia

History and Politics of South Asia 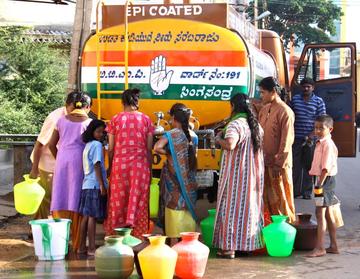 This paper covers major political developments in post-colonial South Asia and deals with the most significant themes and issues in South Asian politics, through the study of illustrative cases taken from the various countries of the region. The paper also deals with important scholarly debates on South Asia. The aim of the paper is to enable students to gain knowledge of South Asian politics, while at the same time facilitating a critical engagement with the analytical literature on South Asia. The latter would be of particular relevance to those who have some prior knowledge of South Asia, although students will not be required to have studied South Asia at the undergraduate level before taking this paper. While each of the major South Asian countries is studied separately, students are, at the same time, encouraged to analyse political developments comparatively. The course examines the nature of the post-colonial state and the evolution of political institutions and party politics, with a focus on the functioning of democracy and the tendencies towards authoritarianism or martial rule. The interface of democratic politics with the political economy of the ‘developmental’ state is also addressed. The course explores the development of ‘movement’ politics or social movements as an important element of the democratic process. The course gives attention to social organisation, culture and identities as they bear on politics. In particular, the politics of gender, class, caste, religion and ethnicity are emphasised. The course engages with the evolution of political ideologies, especially variants of nationalism, which have played a significant role in the political history of post-colonial states. The course is expected to enable students to develop the ability to construct rigorous arguments on South Asian politics, based on empirical knowledge and informed by a critical awareness of the scholarly literature on the subject.

(The image above courtesy of Elizabeth Chatterjee)