Gender and Society in India c. 1800 to the present

Gender and Society in India c. 1800 to the present 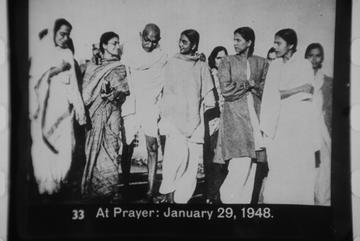 What do we mean when we use the word ‘gender’ in the context of history writing? We often use statements such as ‘rewriting history’ through the gender lens – what does this imply? Is it simply studying women’s history? This course will answer such questions by examining socio-economic and political relations in India from the 1800s to the present, using gender relations as a tool for historical analysis – thereby exploring power dynamics and the (re)structuring of both colonial and post-colonial society in India and providing a nuanced understanding of historically specific politics.

Gender has been central to India’s experience of colonialism. From conflicts over widow remarriage and the age of consent to interconnections with caste, labour and nationalism, the status of Indian women attracted the gaze of missionaries, colonial legislators and metropolitan liberals. For Indian conservatives, reformers and later nationalists, women and the family became powerful symbols, conveying a variety of different class, community and national identities.

Colonialism posed several troubling issues for men and masculinity. The experience of colonialism created a new moral vision for men and gender within family, community and nation, often in the face of unsettling assertions of women’s rights and freedoms. The heightened significance of gender was nowhere more striking than over the years of Partition, when violence against women on either side underscored their roles as symbols of community, class and state.

Although the longer term history continues to find echoes, independent India has also set its own different trajectories in the field of gender. Women are active at every level of politics, women’s organisations flourish, and the emergence of new urban middle classes across the region have re-set sexual norms and expectations for men and women alike. At the same time, many regional societies have witnessed a savage backlash against expanding freedoms for young women, while the increasingly skewed gender ratio is testament to the greater valuation still placed on sons over daughters. Rising Hindu nationalism has also made space for women ideologues and RSS and Shiv Sena women themselves reinforce the patriarchal narratives of militant Hinduism.

This paper will give students a chance to explore this longer term history of gender relations in different parts of India, as well as their changing forms in the present day. Taking forward arguments by Joan Scott, gender will be studied both as a form of ideology often used to underpin hierarchy in many areas of society, and as a set of roles and practices with great power to shape men’s and women’s lives.