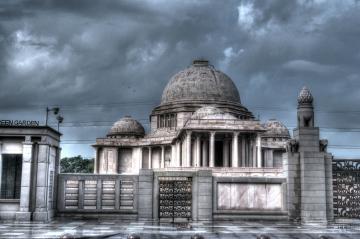 Untouchability in India has been widely understood as the practice of excluding, from social or religious life, people who are believed to be permanently impure. Yet, this vision neglects the different emotions and feelings that untouchability produces in the subjects involved with it. This perspective also fails to grasp how untouchability is played through different bodies and diverse spaces at specific historical contexts. This type of understanding often results in an anachronistic portrayal of untouchability as a pan-Indian millenary phenomenon. To avoid this problematic, this paper analyses the complex nature of untouchability by examining its connections to concepts such as space, emotions and the body. In order to do so, this essay looks at the autobiographical notes of B.R. Ambedkar and his dealings with untouchability. It will be shown that Ambedkar’s remembrances of untouchability were linked through specific spaces, such as hotels or train stations, where people could not determine at first hand his place in the caste hierarchy. Such spatial and emotional indeterminacy, allowed Ambedkar to do three things. First, it allowed him to question how untouchables should feel or behave in spaces where they are not identified as an untouchable. Second, analysing the relationship between untouchability and the spaces associated with this practice, Ambedkar became aware that places like the village facilitated the observance of untouchability as bodies marked as touchable or untouchable. Finally, his dealings with untouchability facilitated Ambedkar’s view of untouchability not only as ritual or religious phenomenon but as a practice aimed at excluding untouchables from specific places associated with power.

Jesús Cháirez-Garza completed an MA in South Asian Studies at El Colegio de México, where he first became interested in the history of untouchability and Dalits in India. He then studied a PhD in History at the University of Cambridge, where his doctoral dissertation focused on the concept of untouchability as a political category and in the political thought of B.R. Ambedkar. Cháirez-Garza then joined the University of Leeds in September 2015 as a Leverhulme Trust Early Career Research Fellow.