Oxford Islamic Society Event: the Plight of the Uyghur Muslims

China has detained as many as 1 million Uyghurs in internment camps where many are subject to political indoctrination and torture, held without any charge or any terms of release.

Join us as we discuss the region's past, present and future.

The speaker is Dilly Hussain who is the deputy editor of 5 Pillars and has written in Uyghur newspapers and magazines in Turkey on the issue. He is an established political commentator, making regular appearances on Sky News, Channel 4 News, BBC Look East, BBC South, BBC One, Islam Channel, Russia Today and BBC radio stations discussing Middle East and North African politics, and domestic topics concerning British Muslims. He is also a blogger for the Huffington Post, a columnist for the Middle East Eye and Pakistan Today, and a freelance contributor for Al Jazeera English, the Ceasefire Magazine and the Foreign Policy Journal. 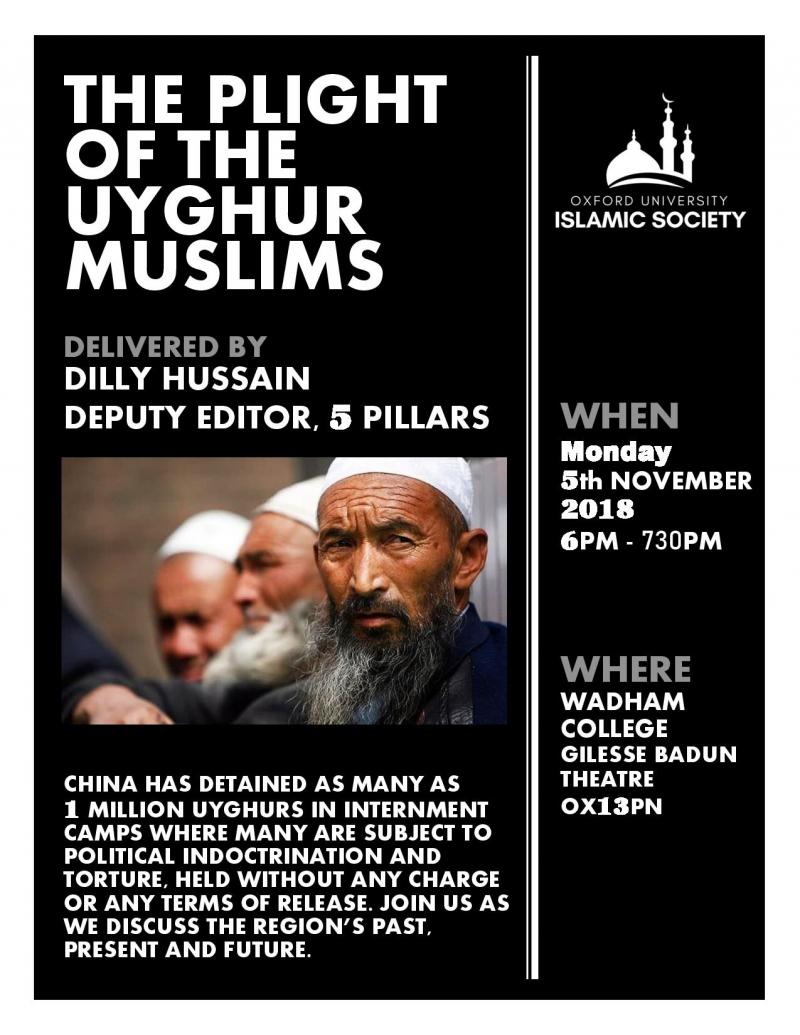