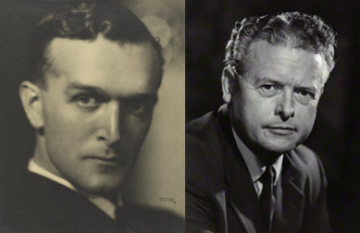 The paper examines the roles of three influential heads of the British High Commission in Pakistan’s early post-independence history, Sir Gilbert Laithwaite (1951-4), Sir Alexander Symon (1954-61) and Sir Morrice James (1961-5). In particular it reveals the ways in which they undertook the important tasks of political reporting, mediating in the Indo-Pakistan conflict and protecting British interests at times of civil and regional conflict.

Ian Talbot is Professor of History at the University of Southampton where he was formerly Head of Department and Director of the Centre for Imperial and Post-Colonial Studies. He was educated at Royal Holloway College, University of London where he obtained a First in Modern History, Economic History and Politics and was awarded a PhD for his thesis on ‘The Growth of the Muslim League in the Punjab 1937-1946.’  He obtained his MA from the University of Oxford where he was a Visiting Research Fellow in History at Balliol College in 2004-5. He has published and researched extensively in the fields of Colonial Punjab History, the Partition of India and the History of Pakistan. The work Punjab and the Raj 1849-1947 was a pioneering study at the time of its publication by Manohar in 1988. His recent publications include The Deadly Embrace: Religion, Politics and Violence in India and Pakistan 1947-2002 (ed., OUP 2007); Divided Cities: Partition and Its aftermath in Lahore and Amritsar 1947-1957(OUP 2006); Pakistan A Modern History (3rd ed. Hurst 2009) (Pakistan: A New History (Hurst, 2012); The Partition of India (with Gurharpal Singh, CUP 2009). He is currently working on a project on the history of the UK High Commission in Pakistan.

All welcome. No prior booking required. For further information please contact Maxime Dargaud-Fons on asian@sant.ox.ac.uk or 01865-274559. Co-funded by the Ashmolean Museum, the Asian Studies Centre of St Antony's College, the Contemporary South Asian Studies Programme at the School of Interdisciplinary Area Studies, the Department of International Development, the Faculty of History and the Faculty of Oriental Studies.