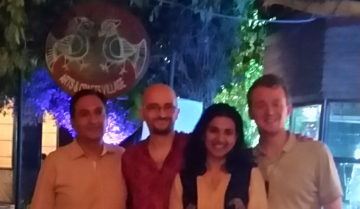 In March this year, Professor Matthew McCartney, Director of CSASP, led a delegation of four graduate students to the 13th international conference on the Management of the Pakistan Economy.

The students' travel costs were generously covered by the Lahore School of Economics, and accommodation was provided at the Gym Khana.

Here are the reflections of some of the students who participated:

"The concept of Khadirdari (indulgence of guests) is not alien to me as an Indian, but I was quite unaware about how much of a cultural characteristic it was for our Lahori friends-to-be. The most delightful hosts, our itinerary was packed to the hilt with the thoughtful touristic and cultural excursions, well-planned around the Annual Economics Conference. As the economics student in the group of graduate students, composed of development, government and education researchers, I felt that our contingent was a well represented lot of students. Representative for a conference that, though held the economics school, had a larger agenda to address than theoretical economics, with all its attendees, papers and presentations carrying a multi-disciplinary, policy-oriented and critical approach.

Each of us were put in touch with local academics and practitioners who could opine on our research and give us a Pakistani perspective. In fact, my contacts, officials from Punjab Skills Development Fund, were able to open up for me, a new chapter to my thesis.

We also presented our research-under-construction to the students of development and students of economics, and had really interesting interactions and useful feedback through it.

Lahore is very much the glorious city that all novels and movies that romantically portray it to be. If it were not the conference, I’m not sure I would have the opportunity to explore it and to meet the wonderful researchers, students and ex-oxonians that we did. I’m very thankful to SIAS for the opportunity and to Prof. Matthew, Mr. Stephen and the Lahore team for the organizing it."

"The entire trip to Lahore was characterised by immense hospitality. This extended from the warm greeting at the airport from an LSE-student assigned to pick is up to the sadness of saying goodbye one week later. By this time, the “students”, “colleagues” and “volunteers” from Lahore had well and truly become friends.

There is no better way to learn about a country than being there and talking, exploring, and eating with the locals. We had the opportunity to do this in a variety of forums during our trip, which made for a week that was as enjoyable as it was educational. At the start of the trip we were welcomed into an undergraduate economics competition and gave presentations about our own research to classes of Master’s students. I found this a great opportunity to work on communicating my research clearly to audiences with different cultural and educational backgrounds to those at Oxford. Discussions about respective research topics, contemporary issues in Pakistan, as well as life in general, continued with our fellow students at LSE over meals and cultural trips around Lahore. A particular highlight of this was an evening meal overlooking the Badshahi Mosque.

The days of the second half of the trip were filled with an economics conference featuring many leading scholars of the Pakistani economy. As a non-economist by training I found this a challenging but interesting experience to improve my knowledge of some key concepts and learn more about contemporary Pakistan from an academic perspective. On the last day I had a great opportunity to complete this by joining a research visit to a local auto-parts factory to learn first-hand about issues with technology adoption in Pakistani firms.

The exchange as a whole was unique experience that combined personal learning with academic refinement and just a down-right good time. The connections I made are ones that I will maintain into the future. My interest in Pakistan has been sparked and I hope future opportunities bring me back to the country sooner rather than later."

"I have to start here by emphasizing that if it wasn’t to this exchange program I might have never visited Pakistan in my life. Now that I have visited Pakistan I believe Pakistan should have been high on the must-visit destinations. Lahore School of Economics (LSE) have generously funded travel from Cairo to Karachi, then from Karachi to Lahore, and finally from Lahore back to Cairo. I spent two days in Karachi and five days in Lahore. Karachi is the bigger city, demographically and economically, and Lahore is more culturally sophisticated.

Visiting both, I believe, gave me a much better picture of Pakistan. In Karachi I was hosted by an Oxford alumnus, spent time with him and his friends, and visited a private school operated by my host. Karachi visit was very short, yet very rich. I then joined the Oxford delegation in Lahore, hosted by LSE. In Lahore, we were not accommodated in a standard hotel, rather, a hotel established in and operated by a Pakistani golf and social club, Gymkhana. Apart from being a very safe location, it sheds light on the lifestyle of some of the Pakistani elite.

LSE’s campuses were our most frequently visited destinations for the sessions of the economics conference, presentations to student, and meetings with staff, all of which have been also really insightful. Given my interest in higher education, LSE proved a very interesting case of study and analyze. LSE had been founded by its current Rector Dr. Shahid Chaudhry in 1993 and charted in 1997 by the Government of Punjab as a private not-for-profit higher education institution. Through discussions, observations, and some readings I’ve gathered rich data about LSE’s past, present and future.

On the ground level Lahore is very safe. Indeed, there were a couple of explosions prior to our arrival, explained by many locals to be politically motivated and targeting the an international cricket event taking place in Lahore after a hiatus of years, however the streets of the city are very safe. Parting the group, I had a long walk in the walled city (the oldest part of the city), visited Lahore Fort, Badshahi Mosque, and a couple of shopping centers, and hopped on public transportation. It felt safe, and it was very illuminating and well worth the sweat!" 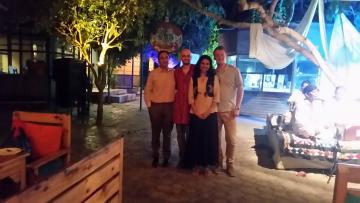 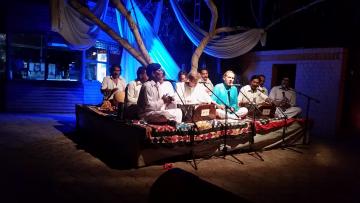 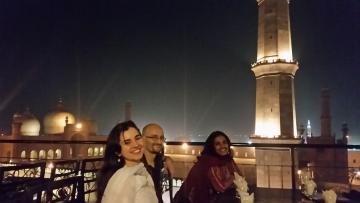 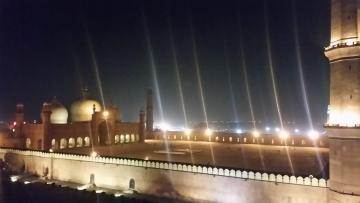 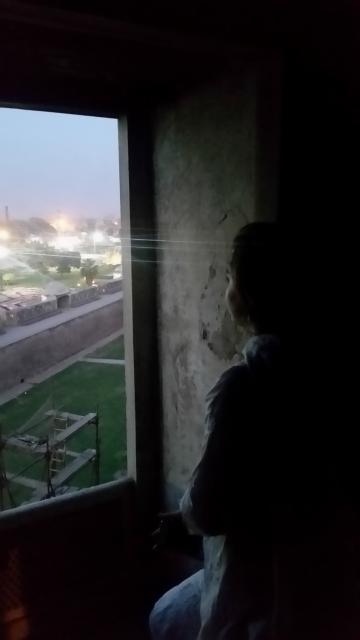 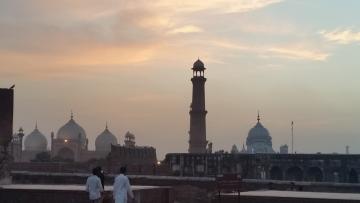 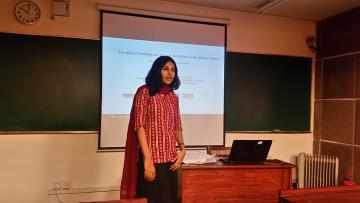 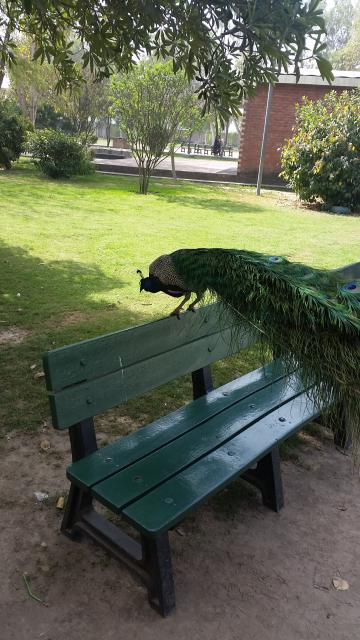