The Anthropology of South Asia

The Anthropology of South Asia 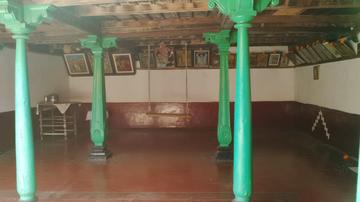 A reception room in the headman's house in the village of 'Rampur' near Mysore, Karnataka, made famour by M. N Srinivas's book, "The Remembered Village".

There is enormous cultural diversity within South Asia, even within a single region of one country, let alone in the entire subcontinent. There is also a rich, voluminous, and important anthropological and ethnographic literature on the area. This course seeks to provide an orientation and an introduction to the social anthropological themes of caste, kinship, religion, personhood, ethnicity, and political and social change in the South Asian context, including an appreciation of their contemporary relevance and of the history of anthropological engagement with the region. The course includes engagement with ethnographic particulars, through close readings of monographs, and with specific sites (primarily in India, Pakistan, Sri Lanka, and Nepal).