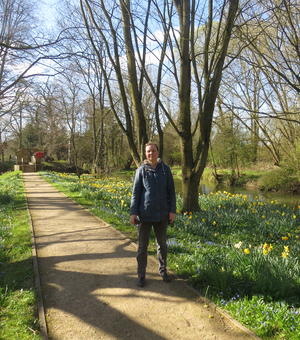 Karuna Dietrich Wielenga completed her Ph.D in history from the University of Delhi and was a Newton International Fellow at OSGA from 2016-2018. Currently she teaches at Azim Premji University, Bangalore, India. She is an economic and social historian working on south Asia. Her work examines the history of labour outside large factories in what is now called the informal sector. Her doctoral dissertation explored the changing world of handloom weavers in south India – and the economic restructuring of the industry – from the early nineteenth to the mid twentieth century. Her post-doctoral research focused on the historical emergence of the informal sector in India, looking at the complex interactions and conflicts between labour, capital and the state in a variety of industries between 1930 and 1970. An article based on this research is due to appear in the Modern Asian Studies journal. She is working on a book based on her doctoral dissertation, to be published by the British Academy.

“The emergence of the informal sector: Labour legislation and politics in south India, 1940-1960”, forthcoming in Modern Asian Studies.