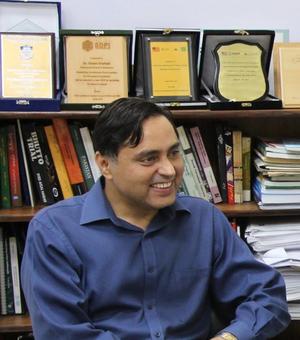 I am working on conceptualizing a religious nationalist state (RNS) and focusing on four states (Iran, Israel, Pakistan, and Saudi Arabia) to come up with common characteristics to delimit this category of states based on essentialist principle and if such attributes are not present, use family resemblances principle to explain them. There are several compelling reasons for conceptualizing an RNS. First, although both RNSs and the confessional states expound the relationship between the church and state, they are dissimilar. Confessional states emerged in Europe in the 16th and 17th centuries, which was a very different historical milieu from the modern anti-colonial context that led to the formation of mostly non-European RNSs. Second, there are few states that can be termed RNSs at present but as religious nationalism is surging in many countries, there is a real possibility that there will be more RNSs, making a discerning understanding of such states critical. Third, even if there is no increase in RNSs, delineating an RNS will help us understand not only the current RNSs better but also unpack the emergence and evolution of religious nationalism as one of the most common yearnings of the religious nationalists is to institute an RNS. Finally, since the state is not going to be secular or civil (dawla madaniya) in many countries anytime soon, an analytical distinction between theocracies, RNSs, and states that marginally privilege a specific sect or religion, is integral for devising a comprehensive typology of church-state relationships. I have studied several attributes which appear to be linked with RNSs such as clerics as judges or civil servants, constitutional clauses prioritizing a particular religion/sect, national symbols inspired by religious themes, discrimination on the basis of gender or sexual orientation, national other as religious other, presence of a department of religious affairs, religious education in public schools, etc.